Your Babies Amazing Senses Before Birth

By Anthea Thomas18th January 2016No Comments 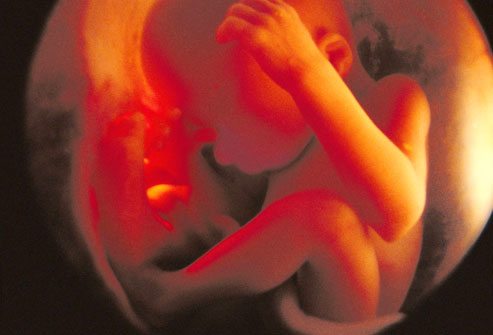 During most of the 20th Century, scientists didn’t think that the unborn baby had any functioning senses. It used to be accepted that intelligence was located only in the brain and since the brain was not fully developed until after birth, there seemed to be no intelligence or awareness possible before birth.

By the end of the century,  however, experts were reaching for a consensus that there could be touch, hearing, and tasting in utero. Nevertheless, considering the immaturity of the brain in utero, skepticism remained about how any sensory information could be given real meaning. In the 1980’s Babies were still operated on without anesthetic. Nowadays the information about the conscious nature of babies comes from scientific experiments and systematic observations utilizing breakthrough technologies. Scientists confirm what mothers have known intuitively that babies are aware during their time in the womb and that these experiences influence their mental, emotional and physical health and well-being and set-down lifelong patterns.

Annie Murphy Paul (author of “Origins: How the Nine Months Before Birth Shape the Rest of Our Lives.”) shares a powerful talk on what babies learn before they’re born.

So when do those senses start?

“Touch, the first sense, is the cornerstone of human experience and communication, beginning in the womb“ (Montagu, 1978).

Just before 8 weeks gestational age, the first sensitivity to touch manifests in a set of protective movements to avoid a mere hair stroke on the cheek. From this early date, experiments with a hair stroke on various parts of the embryonic body show that skin sensitivity quickly extends to the genital area (10 weeks), palms (11 weeks), and soles (12 weeks). By 17 weeks, all parts of the abdomen and buttocks are sensitive. By 32 weeks, nearly every part of the body is sensitive to the same light stroke of a single hair.

The first dramatic motion is the first heartbeat at about three weeks after conception. This rhythmic activity continues while valves, chambers, and all other parts and connections are under construction. Between week six and ten, the unborn baby achieves graceful stretching and rotational movements of the head, arms and legs. Hand to head, hand to face, hand to mouth movements, mouth opening, closing, and swallowing are all present at 10 weeks (Tajani and Ianniruberto, 1990). Breathing movements and jaw movements have begun. Hands are busy interacting with other parts of the body and with the umbilical cord.

The structures for tasting are available at about 14 weeks and experts believe that tasting begins at that time. Tests show that swallowing increases with sweet tastes and decreases with bitter and sour tastes. The nose develops between 11 and 15 weeks. Many chemical compounds can cross the placenta to join the amniotic fluid, providing the unborn baby with tastes and odors. The amniotic fluid surrounding the unborn baby bathes the oral, nasal, and pharyngeal cavities, and babies breathe and swallow it.

The mother’s diet reaches the unborn baby via the placenta and throught the blood which is flowing in the capillaries of the nasal mucosa. Thus, prenatal experience with odorants from both sources probably prepare this sensory system to search for certain odors or classes of odors. Newborns are drawn to the odor of breastmilk, although they have no previous experience with it.

Many studies now confirm that voices reach the womb and a mother’s voice is particularly powerful because it is transmitted to the womb through her own body reaching the baby in a stronger form than outside sounds. Intonation patterns of pitch, stress, and rhythm, as well as music, reach the fetus without significant distortion. Working with 400 fetuses, researchers in Belfast beamed a pure pulse sound at 250-500 Hz and found behavioral responses at 16 weeks g.a.–clearly seen via ultrasound (Shahidullah and Hepper, 1992). This is especially significant because reactive listening begins eight weeks before the ear is structurally complete at about 24 weeks. These findings indicate the complexity of hearing, lending support to the idea that receptive hearing begins with the skin and skeletal framework. Numerous experiments have made it clear that unborn babies who have the opportunity to hear stories and music repeated to them in utero can demonstrate recognition for this material later in life.  Babies memorize the voices of their mothers and fathers in utero while learning the basic features of their native language, the “mother tongue” as we say. Spectrographic analysis of voice and cry sounds as early as 26 weeks of gestation show how far babies of this age have already progressed in adopting the voice characteristics of the mother. In other research, babies have demonstrated immediately after birth a preference for their mother’s voice and their native language.

In utero, eyelids remain closed until about the 26th week. However, the fetus is sensitive to light, responding to projections of light on the abdomen with heart rate accelerations. Unborn Babies have been known to react to the experience of amniocentesis (usually done around 16 weeks g.a.) by shrinking away from the needle, or, if a needle nicks them, they may turn and attack it. Similarly, at 20 weeks, twins in utero have no trouble locating each other and touching faces or holding hands!

Unborn babies are much more than we thought, they manifest intelligence and are learning from their experiences and environement. So let us treat them with the love, care and awareness they need right from the beginning. You, their mother is their first universe and by supporting you to communicate love and care to your baby during pregnancy and by preparing for a gentle birth, your baby is given the best possible start to life.
Ref: The Fetal Senses: A Classical View
By David B. Chamberlain, Ph.D.
From Life Before Birth, The Association for Prenatal and Perinatal Psychology and Health

The HypnoBirthing program incorporates information and exercises on pre and perinatal psychology, and gives parents an opportunity to bond and connect with their developing baby. Many HypnoBirthing parents are amazed at the information shared in this unit of the program. These teachings give parents a much stronger insight into their babies world in utero, and helps them focus on their babies experience rather than just their own. This has an impact on the decisions they are making not only for the birth, but during the remainder of their pregnancy.

Find a HypnoBirthing Practitioner near you!

Find a FREE Info Session Near You!

What people are saying…

At HypnoBirthing International, your input is essential to our business.
If you have any questions or comments regarding becoming a HypnoBirthing Educator, our courses, listing your business on our site, or any information on this website, please contact us at one of the locations listed below.