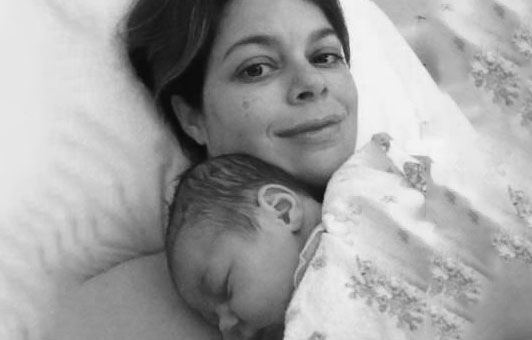 Everyone had been ringing and emailing saying “Have you had that baby yet?” and Eamon had already had one week off work, so I was starting to get a bit frustrated that our little one was taking so long to arrive. Carrie reassured me that babies arrive when they are ready and to relax and enjoy the time off together, so I had been.

I had my last antenatal appointment with the midwife at 41 weeks. It was on a Friday afternoon. She gave me a vaginal exam and said the baby was in the perfect position for birthing. She also gave me a stretch and sweep to encourage labour to start. The next morning Eamon and I took our Fur Baby, Lucy to our usual dog beach and had a long walk together, then went to our favourite dog friendly coffee shop for breakfast. Arriving home we set about our Saturday chores of washing, house cleaning and generally getting organised. At about 11am I started having sensations which felt rather like period pain (but stronger than any period I have experienced). When I went to the toilet, I noticed a show. I felt good and continued with my day, taking numerous calls from family and friends enquiring about the baby and the sensations gradually got closer together and more intense. I listened to my birthing affirmations as I bounced on the birthing ball and walked around the house. I was feeling very calm, but filled with anticipation of what was to come. I had a library book that was due to return so I read that on the birth ball between surges. Around mid afternoon I rang the hospital to see if I should go in as the surges were 5 minutes apart. As I live quite close to the hospital, they said not to come until I was having three surges in ten minutes that I couldn’t talk through. Around 6:30pm, this happened so we got in the car and went to the hospital.
The midwife gave me a vaginal exam and placed me on the fetal heart monitor for 20 minutes. My cervix was soft but wasn’t open enough (only 2cm dilated) so they sent me home with panadol and a sleeping tablet and said to come back in if the surges increased in intensity or my membranes ruptured.
We went home and had dinner, then I went to bed. Kate, a friend of mine had been working at the Big Pineapple Music Festival that day and texted me when she finished asking if I was still up. Eamon replied to her text, saying “Yes, and I think Eamon could use some help”, so she came right over (thinking I had sent the message). Eamon slept on the couch that night and Kate stayed by my side, waking with every surge and giving me support. The surges continued every 5-10 minutes through the night and throughout Sunday. By late Sunday afternoon, I was pretty tired and unable to eat. I had been vomiting a bit throughout the afternoon and generally a bit weary. I was breathing up with each surge and although they were increasing with intensity, I was still feeling in control. When the surges were three in every ten minutes, we rang the hospital again and proceeded in.
There I was put on the monitor for 20 minutes. I was examined and found to be 4cm dilated, but the baby had moved into an asynclitic position, meaning that her head was tilted to the shoulder. The midwife understood my birth preferences and suggested that we try some exercises to try to change her position. She went and got a step and I practiced the exercises for over an hour before resting on the bed for a while, then getting up and doing them again.
I spent time in the shower and then rested on the bed doing vizualisations. Around 1am, I was again examined and found to be only 6cm dilated. My membranes still hadn’t ruptured and the surges were not getting stronger or more frequent. The doctor was called in to discuss options and she recommended artificial rupture of membranes as a starting point followed by a syntoconin drip to progress labour. I agreed to the artificial rupture of membranes and suggested that we see how that went prior to starting the drip, but within an hour of the rupture it was clear that the surges were not increasing so I then agreed to the drip.
After 40hrs of labouring with no pain relief, I was told the malpositioning of my baby was preventing me from dilating fully. Eamon and I spent time discussing our options with the doctor, it was decided to perform a caesarean.
I remember Kate crying and me saying “it’s ok, we are going to be fine”. I’m glad she was upset as I think she did the crying for me, enabling me to stay strong and in control. I lay down on my back and felt a sense of anticipation but very calm.
Suddenly the room was full of people and it occurred to me that they were all there to help me. The lights were bright and there was a lot of activity around but I continued doing my breathing and I felt safe and calm. The procedure was explained to me along with any sensations I might feel during the process.
Around ten minutes later, at 6:07am, little baby Grace was pulled out into the world. She came out and gave a little cry. Grace crawled to the breast and attached with no difficulty.
Although we didn’t get the natural, drug and intervention-free birth we had dreamed of, HypnoBirthing® helped us to prepare and remain calm for any turn our birthing took. I had a fabulous mix of support from Eamon, Kate, the midwives and the medical team, which enabled me to focus inward and trust that things would be ok. Little Grace is a very calm baby and we attribute this largely to the HypnoBirthing® preparation we undertook. Thanks so much Carrie, for your wonderful work! We love you xx

HypnoBirthing® – Mongan Method prepares women for special circumstances. Our comprehensive program prepares families for whatever turn their birthing takes, to take responsibility for their birth and to make informed choices for the safest outcome. Click here to Learn about how we support families for Caesarean birth. 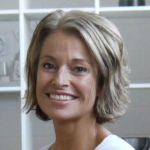 Carrie Jeff
Mother of 3, Carrie is a Birth Doula, Registered Pregnancy Yoga Instructor, Hypnotherapist, HypnoBirthing Childbirth Educator and Active Birth & Meditation Teacher. Carrie owns a busy yoga studio, Joymamma, on the Sunshine Coast, Queensland and is also a facilitator for the Sunshine Coast Positive Birth Movement. Passionate about holding a safe and sacred space, Carrie works closely with women to help them prepare their bodies and minds for the powerful experience of birth through regular HypnoBirthing, Active Birth and Pregnancy Yoga classes. Carrie’s belief and philosophy is that the more understanding and trust we bring to the amazing process of pregnancy, birth and motherhood, the more positive and life-enhancing our experiences can be.