“I think Baby will come tonight”. I had told Matt the same thing at dinner the night before. My evening carried on as usual and then I lay in bed, resting but unable to sleep. During surges, I focused on my breathing and visualised my uterus muscles drawing up and my cervix thinning. Between surges, I imagined the colours of the rainbow, recalling the symbolism of each colour, and progressively relaxing from head to toe.

At 3am, I woke Matt, saying that this was the real deal. He called his sister, Catherine, and she arrived half an hour later. I was on the phone to one of my midwives. Upon leaving bed, my surges had lessened so we agreed that I would continue at home either for an hour longer or until my waters broke. I was looking forward to the birthing and felt comfortable with the midwife who would be assisting us – she had also supported us in our toddler’s birth. Still, I wanted to spend as much of my labour at home as possible. Home was my safe place.

We had a cup of tea and I chatted through surges, until 4.30am when I started to rock in my seat with discomfort. It was time to head to the birth centre, and Catherine would bring our toddler, Zoe, to the birth centre when she woke up or when Matt messaged to say that Baby was almost here. I wished Zoe to be present at Baby’s birth, and this had been my main motivation behind attending HypnoBirthing classes. I wanted the birth to be quiet and gentle so that Zoe enjoyed being there.

When I zipped up my bag, it woke Zoe. I headed in and lay next to her to explain the arrangements. My body started to bend at my stomach with tension. Later the midwife suggested I’d had a surge of oxytocin. I went into the toilet but found myself bearing down and my waters broke. I reached down with my hand and found Baby’s head coming through. We weren’t going to make it to the birth centre. 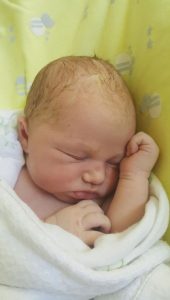 So, we got to work. I placed the (older) towels on the floor next to the mattress in Zoe’s room and put my elbows on the mattress and knees on the towels. Matt massaged my lower back with essential oils to lessen the backpain. Surges of bearing down happened naturally and I focussed on my breathing, imagining my cervix open and welcoming Baby through. Zoe alternated between jumping on the bed and massaging my shoulders. During the next surge, I placed my hand to feel Baby’s progress. Their head was almost through when the surge ended. I had an instant to decide: do I let Baby’s head retreat and go through this again in the next surge, or do I push Baby’s head through? I exercised patience, and Baby’s head slid back in. I wonder if I’d have torn if I’d pushed then.

During the break, I told Zoe that Baby’s head was going to come soon if she wanted to look for it. Catherine took over my back massage so Matt could hold the baby as they came through. “There’s Baby’s head!” Zoe cried. Their shoulders would be next. We had watched many videos of birth and I knew what was meant to happen. I expected everything to be fine, and I felt calm and confident. I channelled my breath down my body as Baby’s shoulders squeezed out and then the rest of their body slipped into Matt’s hands.

I turned around, ready to take Baby into my arms, getting caught with the umbilical cord, and then holding that sweet wet little body against my stomach. A towel was wrapped around Baby and me. We all sat for a few minutes. “That was beautiful”, Catherine said. The rising sun began to lighten the room through the window. I thought to find out the time. It was 4.57am.

Baby was warm, surprisingly clean and had good colour. After talking with the midwife, we decided to call the paramedics so that they could check over Baby and me, rather than going into hospital. They asked if Baby was a boy or girl and I had to take my mind back to the moment I pulled her into my arms. We had a baby girl! The cord had stopped pulsating, so they gave Matt scissors to cut it. The paramedics encouraged me to go to hospital and to take synthetic oxytocin, but I declined both, being delighted where I was and trusting that my body would release the placenta within the next hour. Soon, I began to birth the placenta and brought Baby up to breastfeed to help it along. Breastfeeding her felt peaceful.

Catherine and Zoe went out to the shops and my sister, Cass, who’d arrived while the paramedics were there, helped me to shower and change. Cass tidied up and Catherine prepared breakfast and then we were left to rest. Thus began our four weeks of ‘babymoon’.

We named our baby girl Rachel Charlotte. When people ask how the birth was, I reply, “Wonderful… Perfect”, and it’s an honest response. Sadly, it’s not a response that many expect. My hope is that it leads people to question the common childbirth narrative and to realise the potential for many more calm and enjoyable births.

This couple learnt HypnoBirthing with Jennie Barnard in Windsor, QLD. 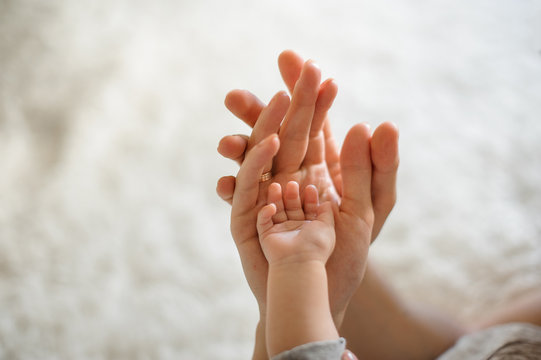 Meeting the Love of our Lives