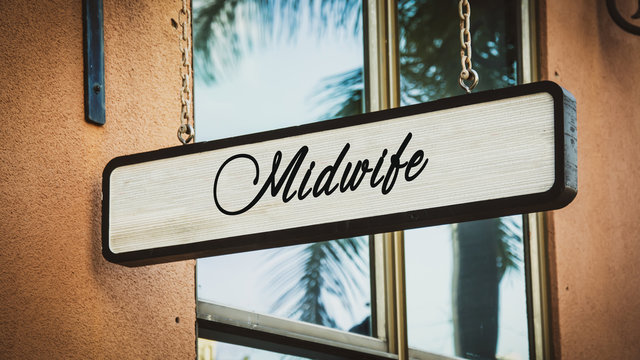 Inspiring Midwife Uses the HypnoBirthing Techniques for her Home Birth After Only a Few Weeks of Practice!

Penita is a dedicated independent midwife from South Australia that has been supporting women in birth for many years. In September 2016 Penita attended the HypnoBirthing Practitioner Training to add this skill set to her midwifery practice. Penita was very pregnant at the training, and only had a few weeks left before her baby was due.

She started listening to the Rainbow relaxation as soon she attended the training and did this every night before bed. She ran through the course with hubby to prepare and teach him techniques on HypnoBirthing, and they continued to practise up until she went into labour.

This is Penita’s story – The Home Birth of Grace

After four days of practice surges and pre labour tightening’s, my body decided it was ready. At 4.30am on Tuesday morning the 4th of October 2016, the practice surges started up again but this time it felt different. It felt real. Every half an hour low in my uterus I felt my body become alive. My body and baby were ready.

I was excited and nervous. I wanted to be sure these practice surges were going to stay but I also wanted to rest. I continued lying in bed and rested for a little longer. At 6.30am my almost two-year-old daughter woke up and I thought it was great time to get up.

The surges continued to come every half hour. I was excited so I messaged my mum and twin sister. When I messaged Amanda, my twin sister, she said she had literally told her four year old daughter that she thought Aunty Nina was going to have her baby today about a minute before I sent her a message. So she felt it too!

My family were very excited so they both came over around 9am. The surges continued to come and go every twenty minutes to a half an hour. Since Mum and Amanda were over and Layla (my daughter) and Daisy (my niece) were there, we went for a walk. This was good to get out of the house and allowed Layla to release some energy. The labour continued this way for a while. At midday Layla needed a sleep so I lay down with her and rested for a while.

At around 2.30 pm I decided to go into my birthing space where I had everything set up for my home birth. The walls had pictures and affirmations everywhere. I had my laptop set up with relaxation music for background noise. I needed to get my mind focused so I listened to the Rainbow relaxation tracks. These really helped me focus and my body took over. The surges started to become closer and stronger. It was wonderful and relaxing. I used the calm breathing until I needed to use the surge breathing.

My body and baby knew what to do and I trusted this.

I went into the shower for a little while. When I felt ready, I went into the birthing pool. I continued listening to the rainbow relaxation tracks with the relaxation music in the background. When I went into the bath, I continued using the surge breathing and relaxed. I have no idea of time or what was happening. I went within my birthing body and trusted the process. At some stage Layla noticed me in the bath and came in. It was beautiful. She hugged me and when I had surges she poured water on my belly. She was tender and lovely. It was like she knew I needed calm and quiet.

My midwives came over and got ready for the birth. The baby was doing really well. The labour continued and the surge breathing was excellent in relaxing my body and me. At the end of the thinning and opening stage, I remember I had had enough and no longer wanted to do this anymore. That little negative voice in my head that had not been there the entire time had enter my mind and told me that I was only three centimetres open and that I would have to go to the hospital. The thought so clear, I needed reassurance. I asked my midwife to assess me. When she did, she smiled and said, “Do you want the good news or the bad?” Again the negative thoughts said great I’m only 3 cm’s. So I asked for the good news first. She said the baby’s head was at plus 2 (which meant the baby was very low in the birth path and was nearly ready to come). The bad news was there was an anterior lip (a tiny bit of cervix still remained over the baby’s head). With this positive news, I changed my position to an all fours position to encourage the cervix to move. I was slightly nervous with this position as I found it extremely uncomfortable during Layla’s birth and was worried I couldn’t do it. But I used the surge birthing and positive birthing thoughts. I don’t know how long I was in this position. When I needed to, my breathing changed from surge breathing and birth breathing. This happening automatically as my mind and body were so in tune. Again I’m not sure how long this happened for. I remember after one very strong powerful surge, I stood up and said, “I can’t stay in the bath. I want to move”. I remember I wanted to escape. But my body did what it needed and with the next surge I felt my baby moving lower down the birth path. I dropped to my knees and breathed low and long. The head moved lower and I knew it was almost finished and my baby would be in my arms soon. I had two to three strong surges and breathed my baby down. I felt the head crowning. I birthed the head. I felt a cord around the neck so unlooped it and waited for the next surge. With the next surge, I breathed my baby out into the water and into my hands. I pulled the little body up onto my chest. Still not knowing the sex, I spoke to my baby saying hello and kissing the head. The midwives were a little worried as the baby was very relaxed and not crying. I breathed on the baby’s face. After a little while and some gentle rubbing the baby cried and I checked the sex. I had a little girl. Everyone was so excited and it was wonderful. She was here, healthy and strong. I stayed in the bath for a little while and then got out. I lay down on the mattress that was set up on the floor and continued my skin to skin. I really wanted to let the baby self attach for a breastfeed. But my two-year-old daughter Layla was very tired and wanted her mum. So I cuddle both my babies instead. Layla still breastfeeding got herself onto a boob and relaxed. The baby was also searching for the nipple so I attached her and breastfed my babies. It wasn’t long before I felt some more surges, and breathed the placenta out.

It was an amazing experience and I really enjoyed my birth. I felt in control and totally relaxed. I trusted my body and baby to know what to do. The breathing, the rainbow relaxation tracks and affirmations were the tools that helped me during my labour.

Grace Penita Teague was born the 4th of October 2016 at 10:23pm weighing 3140gms. She is perfectly adorable and very loved by her older sister and brother.