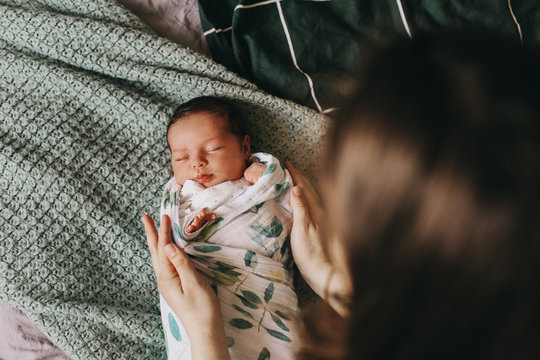 Babies Come In Their Own Time!

Before I was introduced to Helena I was very nervous about giving birth and being pregnant in general. My friend recommended that I see Helena and do a HypnoBirthing course with her. My husband (who was reluctant at first) and I attended 5 group sessions which went for about 2.5 hours. I found the sessions to be relaxed and positive but also informative which enhanced my confidence about giving birth. My husband felt the same. This was in stark contrast to the cold and negative experience we had during our private hospital’s antenatal class. It was after this session that we asked Helena to be our doula as I wanted to try for a natural birth but wanted the comforts of a private hospital.

Three days before giving birth (Friday night) I felt a change in my body and in hindsight this was probably pre labour. I carried on as usual, listening to my HypnoBirthing and getting a lot of rest. On Saturday night I started getting more intense and regular surges, contacted Helena to let her know, and went to bed listening to the HypnoBirthing downloads. In the morning the surges had significantly decreased.

On Sunday night I again started getting really strong and regular surges similar to the night before. My husband let Helena know and I continued as I had the night before. However over the course of a couple of hours the surges really started to escalate. We were told by everyone, including the hospital to stay home as long as possible and minimise pain relief measures until I really needed them. When it got to the point that I needed to do something I went and had a shower. My husband contacted Helena who came and realised that I was significantly far along in my labour. Calmly she took control of the situation and tried to assist me to get dressed and go to the hospital.

When it became obvious that I was a lot further along than initially realised, Helena prepared myself and my husband for a home birth. They rang the paramedics who came but appeared to be more nervous about the situation than me! I asked that they not be in the bedroom during the birth as I was finding their presence to be distracting.

During the final stages of birth Helena guided myself and my husband through the process and after three pushes my son was born. Helena ensured that my request of delayed cord clamping and skin on skin was followed through. This occurred as the paramedics checked us over. I was then transferred by ambulance with my son to our hospital of choice. Helena met us at the hospital. It was there that I noticed that she was getting precious footage of my son’s first moments as she was very discrete during the actual labour (probably for safety reasons!). As I was in a pretty euphoric state I was not really paying attention and was about to be injected with a substance which would have assisted in the expulsion of the placenta. Helena asked if I wanted to see if the placenta was sitting there and could easily be removed which it was and did not require the injection. Helena was also very supportive when I was getting stitches. Reminding me to breathe using the methods that she had taught me.

Overall I had a better birthing experience than I could have ever hoped for. It was fantastic that I didn’t realise I was in labour and that the process was so quick. I was able to have my son in the comfort of my own home, both of us healthy and happy, despite the fact that it was unplanned. What amazes me the most is that I wasn’t scared when I realised that I was going to be having my son at home and not in a hospital.

Two days after the birth I received my placenta capsules which may have positively impacted on my extremely ample milk supply. Helena also dropped in for a visit to see how we were all going.

I have already recommended Helena and HypnoBirthing to other mothers who did not have such a positive birth experience and those that are currently pregnant. 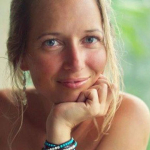 Helena Hentz
Helena is originally from the Czech Republic and worked in Austria and in Rep. of Maldives for several years before she and her husband came to Perth in 2006. She is a mum to two gorgeous children & during her first pregnancy she truly discovered her interest in pregnancy, birth and parenting; she found everything so fascinating. The birth of her son Zizou in 2007 was a life changing experience. In the last months of her pregnancy she learned about HypnoBirthing, and the techniques that she gained allowed her to look forward to her birth and enjoy every moment of it. After her beautiful and calm birth experience she realised she was on the right path to find the “something” missing in her life; the “work” that she could truly love with all her heart: Her initial interest has grown into a deep passion & she completed her training as a Doula and as a Certified HypnoBirthing Practitioner. Helena has welcomed more than 120 babies into the world since her doula training. Helena feels privileged to be invited to share this personal time with couples and truly believes that every woman and every baby deserves a positive and empowering birth experience. Helena is also a Certified Infant Massage Instructor and is affiliated with Childbirth International, HypnoBirthing® Institute, International Association of Infant Massage, Australian Doula’s and the Community Midwifery WA Perinatal Support Project for refugee women and migrants. Visit her website: https://dreambirth.com.au/